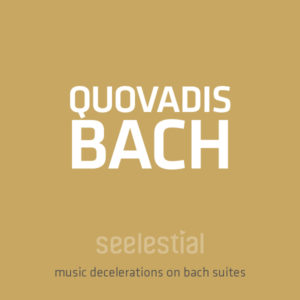 432 HZ
It’s probably one of the first times, somebody recording the Cello Suites tuning his cello at 432 Hz pitch. You could read a lot about good reasons to play at 432 Hz, and I don’t want to make a list of them. I just would like to say, I believe 432hz is the keynote of our Earth. It could have profound positive effects on consciousness and also on the cellular level of our bodies. This frequency is often used in meditation, as it promotes peace & relaxation within the body. By retuning musical instruments and using concert pitch at A=432hz instead of A=440Hz, you can feel the difference of connecting awareness to natural resonance. The advantages of this pitch have also been discovered and used in the field of energy healing, among others by former NASA scientist and energy healing pioneer Dr. Barbara Brennan. It might be that you are missing the brilliance and the „sensual“ sound of a higher pitch (for example, If I can’t play at 432 Hz I try to play at 442,5 Hz, that is the resonance of Venus planet, but never 440 Hz or over 443 Hz if is possible). Anyway, my cello has played since it was made most of the time (more of 95%) at 432 Hz. And it seems is enjoying this…

DECELERATION
It’s probably the first time, somebody recording the Cello Suites with a decelerations concept. You might find experiment to slow down existing records, and with computer scaled down. But slow motion is not deceleration! Slow motion is a technical brake. With deceleration you can discover a timeless beauty, alien to technical and mechanical concerns. We absolutely need this timeless beauty, as we are accustomed to systematizing and approving everything; the manuscript of Anna Magdalena is a priceless gift if you make the effort to delve into it. And so, inspired by Albert Schweitzer, in order for the graphic representation to not turn into chaos for the listener, it is vital to not play in slow motion, but decelerated.

TOGETHER
It’s probably the first time, somebody recording the Cello Suites in this way. Anyone who tries to play the Suites with a person lying in front of them, and with the intent to accompany him/her in meditation and recollection through music will be forced, while playing, to smooth the rough edges of his ego, just as a stream (Bach in German!) smoothes stones until they become round, and finally sand. Playing softly does not mean playing quietly, but on tiptoe, with respect and while listening to the breath of the person in front of you.